If want to learn how to play an acoustic guitar, a ukulele, or a bass guitar, visit Cornerstone Music café for music lessons. We have an experienced team of music instructors in Calgary whose musical training ranges from classical to metal and everything in between. Our guitar and ukulele lessons are also enhanced by the opportunity to perform with other musicians. You can either jam in a rock band setting or perform solo in our recitals. For more information about our music lessons, give us a call now.

Barry Mason is a local musician and music educator who has been active in the Canadian music scene for over 10 years. He has been a contributing member of bands such as Lynn Olagundoye, Amelie Patterson, Kate Stevens, and Sweet Barry Wine as well as a supporting member of over 20 other groups in the Canadian scene. He is an avid festival performer, having played Calgary Reggaefest, Calgary Carifest, Medicine Hat Jazz Festival, Canmore Folk Festival, Calgary Folk Festival, POP Montreal, Real Love Winnipeg, and Sled Island. He was recently recognized by the Calgary Herald as one of the “Most Compelling Calgarians” and has participated as a clinician and speaker at TEDx Calgary. After hours, you can likely hear Barry’s laugh at a plethora of live music venues around the city. Seriously, you’ll recognize it. 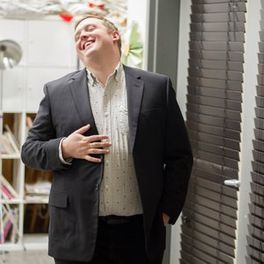 Kyle Tenove is a bass and guitar player and teacher who resides in Calgary, Alberta. He has played in various groups, including Panda Attack, Brother Prussia, Zackariah and the Prophets, and Amelie Patterson. Kyle is also very active participating in charity work, starting with the creation of Zackariah and the Non-Profits, and most recently being involved with The Prophets of Music Organization, a non-profit organization dedicated to supporting emerging artists in the creation of exceptional music. 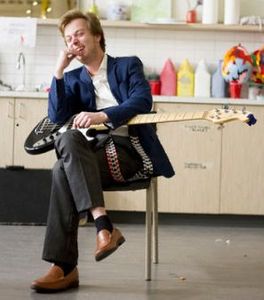 Keith started teaching himself piano at the age of 6 but realized at the age of 15 that piano wasn’t going to get him the girls so he quickly switched to guitar. After learning every possible Led Zeppelin note he could, he started teaching music at the age of 17. A few short years later he decided to take up a classical guitar because, well, it sounded harder than what he was playing. (And, he already found his girl…. thanks U2 Desire). Keith completed his Royal Conservatory studies and made the switch back to rock and roll, jazz, blues, folk and more contemporary styles, picking up the bass, mandolin, ukulele, and didgeridoo along the way. After almost 40 years of teaching, he has an even stronger belief that “Learning has to be fun”. Oh yeah, Keith has been on stage with such greats as Randy Bachman, Loverboy, Trooper, Tom Cochrane, Jim Cuddy, Northern Pikes, Big Sugar, Colin James, and the list goes on. 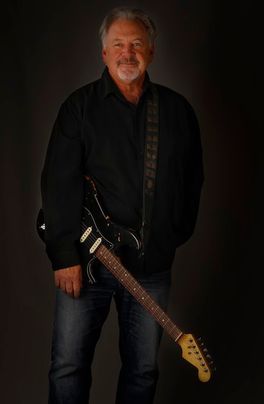 Brian Volke has been playing guitar since the age of nine. Inspired by the Monkees, he wrote his first song in Grade Three. Since then his musical wanderings have led him through rock and country and into Celtic folk and back to rock again. He is the lead singer and main guitarist for the roots band My Son Ted. Their most recent CD is entitled “Carmel’s Parlour”. Brian also likes to play solo and has found his songwriting to be going in all sorts of different directions. He’s been working on a new album which will be filled with quirky songs about people he knows and people he imagines he knows! In his musical lifetime, Brian has performed at the Regina Folk Festival, opened for the Irish descendants and the chieftains, and best of all, has been backed up by Rik Emmett of Triumph. Brian has over twenty years’ experience teaching guitar, mandolin, and ukulele in individual and group settings. He is also an elementary school teacher with the Calgary Catholic School District. 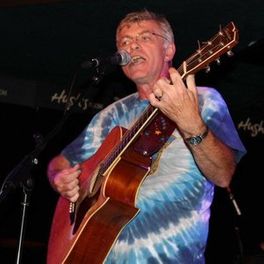 Kaitlyn Southgate is a pianist, guitarist, vocalist, and Music Therapist originally from Okotoks. She fell in love with music at a young age when her grandmother would play the organ and teach Kaitlyn little bits here and there. Her formal music training began with classical piano and soon expanded to include guitar exploring the music of all genres! This love of music brought her to study Music Therapy at Acadia University, where she learned how different aspects of music could be used to help clients work toward a wide variety of goals that may be related to behavioural, communicative, emotional, social, verbal, and/or musical needs. 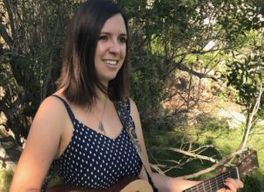 Dylan is a multi-instrumentalist with years of experience in digital audio recording. He has played guitar and bass in local bands for over 10 years and has toured western Canada twice. With musical influences that include The Beatles, Nirvana, and Sum 41, Dylan strives to incorporate a variety of styles to create unique music and experimental sounds. Completing a Bachelor of Arts in music theory from the University of Calgary, Dylan is proficient in both the intricacies of classical western music theory and the practical skills of popular music. 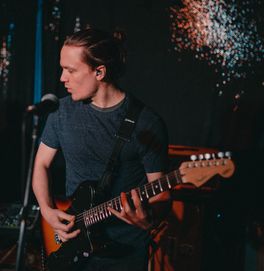 Chris has been making noise since he was a farm kid in Saskatchewan. His earliest influences came from AM radio along with his mom and older cousins’ record collections: The Beatles, The Stones, Dylan, Joplin, Hendrix, The Ventures, Dwight Yoakam, Steve Earle, Motley Crue, Iron Maiden, and Metallica. A lot has changed over the years but his love for music has been the one constant. He moved to Edmonton in his teens to attend the University of Alberta and formed his first band, continuing to study music technique, theory, and composition. Having now made Calgary home, his musical endeavours include being bandleader/composer for The 427’s, guitarist for The Torchettes, as well as a guitar/ukulele/theory teacher with Cornerstone Music Cafe. His favourite colour is red and when he’s not musically engaged he can be found surfing, snowboarding, and riding his motorcycle into the sunset. 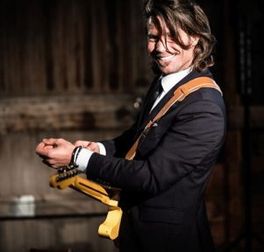 David is a trumpet player, guitarist, composer, and educator in Calgary. He holds a Bachelor of Music in Jazz from Capilano University. He began studying trumpet in his teens which led him to major in trumpet studies in university. He has also studied guitar for 11 years from age 12 and it has remained his secondary instrument throughout his degree with classical, rock, and jazz guitar styles continuing to be a focus in his musical career. As an educator, David has taught guitar and trumpet at studios throughout the lower mainland in BC and enjoys sharing his passion for music with students of all ages, abilities and levels. He believes that students all learn differently, and that in addition to helping students through the various elements of advancing their musicality, a teacher is also there to help students learn how to effectively practice (so that they may achieve these goals when they are away from the studio). David’s lessons are tailor-made to each student to ensure they may advance in the areas they are focused on while at the same time diversifying their skills. 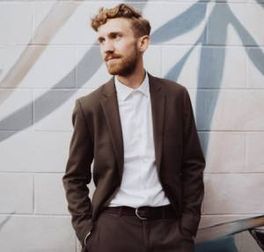 David Dallas has been playing guitar for over 16 years. He completed his music degree in 2018 at MacEwan University, graduating with a Bachelor of Music Degree in Jazz and Contemporary Popular Performance with Distinction after studying with the likes of Jim Head, Tom Van Seters, and Chandelle Rimmer. He has studied and taught multiple genres for guitar including rock, jazz, blues, country, classical, and folk. David’s teaching philosophy begins with appreciation of music in general and coming to understand the underlying structure of a song so that theoretical concepts (such as scales) have a practical application. David’s number one teaching goal is for every student to be able to play the music they love to listen to and expand their music library by exposing them to artists they may never have listened to before. 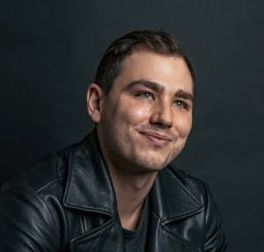 Jared Harty is a guitarist and bassist from Medicine Hat. He started playing guitar over 20 years ago when he started learning from his grandpa at the age of 6. He has a Music Degree from the University of Lethbridge, years of private guitar lessons, and played in the high school band. He has many musical influences, but some favourites include Iron Maiden, Alan Jackson, In Flames, and Brooks & Dunn. Jared produces and records music and loves helping others express themselves through their own music. Outside of music Jared is a sports fan (Flames and Riders) and loves reading. 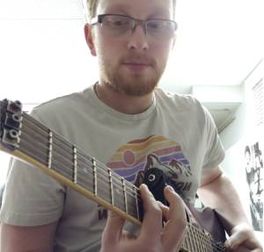 Ben Tizzard has a Bachelor of Music Degree from Ambrose University in Jazz Guitar. Ben started playing at the age of 13 and has never thought twice about dedicating his time to studying and performing the guitar. He was a finalist for the Stampede Talent Show, performed as the guitarist in the Badlands Passion Play, and is honoured to have studied with leading Calgary musicians — Ralf Bushmeyer, Neil McVey, Stefano Valdo, Pat Belliveau, and Aaron Young. He’s even studied under the Calgary-based Flamenco guitarist Holly Blazina. 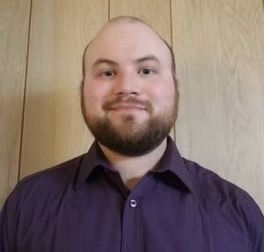 Tom is a versatile veteran instructor. With 20 years of teaching experience under his belt, this straight shooter has methods to suit a variety of interests. For those seeking a classical approach, Tom has RCM Grade 10 in piano, and for those looking to explore Rock, Pop, Blues, Jazz, Country, or even the obscure, he can mentor students on several different instruments!

When he’s not teaching, Tom can be found composing, practicing, or even simply listening to music. (It’s a real passion!) Other interests include reading, writing, playing pool, or having a bite and watching the game! 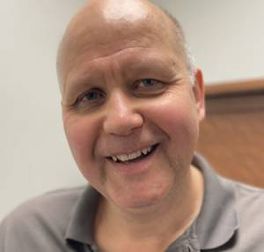 Daniel has been teaching guitar and theory for over 20 years. Competing in important Canadian competitions, his students won numerous Gold Medals. Daniel is very established as a solo guitar performer and has a lot of experience in band playing.

He started to attend music lessons when he was seven years old. When he finished Music School in Sarajevo Bosnia and Herzegovina, he moved to Slovenia, where he studied music in Music Center Ljubljana.

Finally, he moved to Canada, where he finished Royal Conservatory of Music Toronto (RCM), and became an RCM Affiliate Teacher. 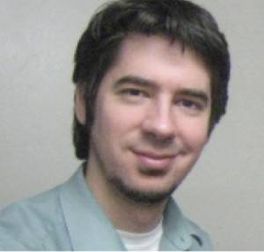