Become a Violin Maestro with Our Violin Lessons in Calgary

Learning to play the violin not only comes with the benefit of learning it, but it also assists in developing other areas crucial to playing a range of musical instruments. These areas include rhythmic skills, finger dexterity, pitch recognition, and ear training. If you’re looking for an experienced and skilled violin teacher, we are the right choice for you! Our talented teacher, Natalia Arroyo, offers professional violin lessons in Calgary. With our lessons, you will learn correct instrument and bow positioning, as well as reading and playing violin sheet music. Talk to us for more information.

Award-winning Multi-instrumentalist and composer born in the Mexican border, amid the social transition between two cultures, has dedicated her life to spreading contemporary traditional music of northern México worldwide and teaching to young students in rural communities. Natalia has performed in important stages and musical festivals around the world, such as the Smithsonian Folk Festival 2009 in Washington, DC; the Music Festival in Pretoria, South Africa, Paris, the Autumn Festival in France, the Music Festival in Bogotá, the Verk&Verkhart festival in Austria, Colombia, Dominican Republic, Arts Festival in Santo Domingo; and the International Festival of Music in Buenos Aires, Argentina. Rainforest World Music Festival in Malaysia, and International Music Festival in San Jose, Costa Rica. She has been a member of worldwide recognized musical groups like Son de Madera, Tierra Mestiza Ensemble, Rodolfo Mederos Orchestra, and a session violinist for Sony music, Telemundo, and many others. She began to play the violin at the age of 7 years with Karina Bezkrovnaia, later studied at the conservatory of roses in Morelia, Mexico. She specialized in tango and folklore in Buenos Aires, Argentina for 4 years, since then, she has been teaching and performing at musical festivals. 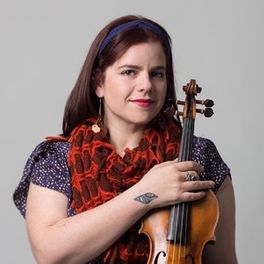 Ariane got an early start when her uncle sent her a violin as a gift on her 3rd birthday, and she hasn’t put her violin down since. As a passionate young fiddler, she joined the Bow Valley Fiddlers, then graduated to the prestigious Calgary Fiddlers, where she got to work with many renowned musicians and tour around the world to perform. As she got older, her interest in classical music grew stronger. In 2019, she accomplished her goal of completing her first RCM exam (level 8). She is now working on my RCM level 10 materials.

Ariane loves teaching as a way to positively impact both children and adults with an interest in the violin, fostering strong relationships along the way. In the 6 years, she’s been teaching and mentoring she has striven to create a positive, creative, and encouraging musical experience. She always tries to balance music education and fun, to ensure that the student is enjoying the learning process, and have always focused on making violin lessons accessible to all. Everyone can learn to play! 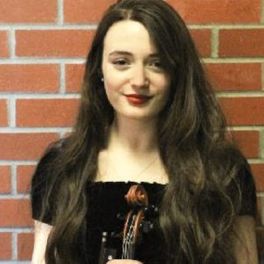 Gillian started playing the violin at the age of 5 and grew up performing for family, neighbours and at school talent shows. She went on to become a member of the Mount Royal Conservatory Junior Orchestra Program, the Bow Valley Fiddlers, Bishop Carroll High School Virtuosi Strings, and the prestigious Calgary Fiddlers. Gillian participated in the Calgary Performing Arts Festival and completed her Royal Conservatory of Music Level 8 exam in 2017. She is now preparing for Level 10. Gillian has performed internationally and been adjudicated by professionals worldwide, helping her develop technique and grow as a confident musician. Gillian is now pursuing a degree in Arts (majoring in Music) alongside an Engineering degree.

Gillian believes in providing strong foundations in Classical music, and that exposure to other kinds of music is crucial to becoming a well-rounded musician. Her mission as a teacher is to cultivate a lifelong love for music! 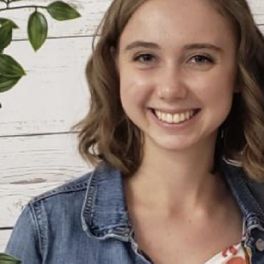